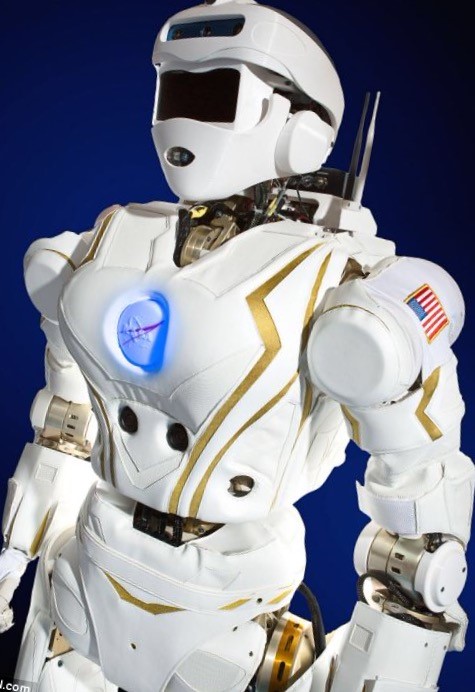 Tough time to be a trader, unless you’re part machine. Dodd-Frank legislation introduced in 2010 has gutted Wall Street of it famous chest pounding market makers. Forced to carry less risk under the watchful eye of SEC observers, big banks have cut way back on committing capital and making markets, even when they’re supposedly facilitating customer business. Where silver-backed gorillas once shouted orders, soft-spoken engineers now write code to match buyers and sellers. Call it Geek Chic, and one company is minting millions. But we’ll get to that in a moment.

Fin-Tech has become the new buzzword among bi-coastal digerati. In the first quarter alone, global
FinTech investment totaled $5.3B, a 67% increase over last year. From Citadel Securities hiring Microsoft executive Kevin Turner, to the rise of automated online advisors like Betterment and Robin Hood, the implicit merger of Silicon Valley and Wall Street provides a front row seat to Darwinian survival. Wall Street is under fire and it needs help. Silicon Valley has money and it wants returns. Anyone who can make a finance company look more like a tech company stands to make significant amounts of money. 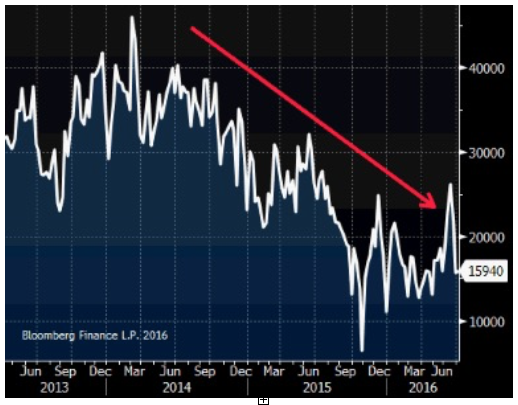 Consider what has happened to position taking by U.S. financial institutions during the past several years. Data compiled by the Federal Reserve Bank of New York reveals average weekly holdings by primary dealers in agency, corporate, government, municipal and asset-backed bonds has fallen from $45B to $15B. This represents a decline of 67% in just two years. No wonder Goldman Sachs reported net revenue declines of 13% in the second quarter and has laid-off 400 sales/trading employees so far this year.

Credit declines to The Volcker Rule, which limits capital commitment by broker-dealers to just 4% of assets. It took effect April 2014 and as you can see the impact was immediate. More recently, with the inclusion of Glass-Steagall language into the GOP platform calling for the separation of commercial and investment banking, traditional party lines blur yet again. Donald Trump’s Republicans appear to have borrowed a page from Senator Warren’s Democrats. To quote James Bullard, President of the Federal Reserve Bank of St. Louis:

“There is a tendency to view large financial firms as national champions, deserving of protection. Because of this, we are evolving globally toward a regulated utility model—whereby very large financial institutions are under heavy regulation, which in my view makes them unlikely to innovate effectively in the future. This may leave them vulnerable to coming waves of financial innovation.”

Whereas the large U.S. banks have seen significant declines, trading volume at MarketAxess has seen significant growth. During the first quarter alone, volumes rose 27% to $310B. The company estimates it now commands 15% market share in three of its segments, while high-yield is about 6.5%. Given the breadth of global fixed income markets, MKTX has considerable opportunity to expand:

1. MKTX operates as a broker’s broker, meaning competitors like Goldman Sachs actually choose to post bids/offers on its site to a.) generate additional liquidity b.) protect the identity of its customers. Ability to execute and confidentiality are paramount on Wall Street. Here MarketAxess is positioning itself as unrivaled.

2. MKTX still captures only a fraction of the total global fixed income, meaning there is ample opportunity to expand. Using SIFMA’s estimate of average daily fixed income volume of $700B, MKTX has a global market share of less than 1%. The company added 54 hires in Q1, bringing total headcount to just under 400. The majority of hires are either in programming or sales.

How do you interpret this chart?
The stock has risen steadily for two years, most recently to an all-time high above $150 from $135 in June. A total of 14 transitory declines averaging 10.8% have proven excellent entry points. It’s in an uptrend, just pick your spots strategically.

Are you insane?
No. MarketAxess is transforming the largest securities market in the world, and the biggest players are its customers. This is a premier FinTech story for the next several years. It’s about growth, not value.

When does the company report earnings?
The morning of July 28th, before the open. Seven analysts cover the stock, and on average they forecast 24% sales growth to $93.6M and 32% earnings growth to $0.85.

What’s your plan?
Buy the stock after the report. MKTX has sold off an average of 3.9% the day following earnings for 8 of the past 10 quarters. Like the 14 dips in the past 2 years, all have proven excellent entry points.