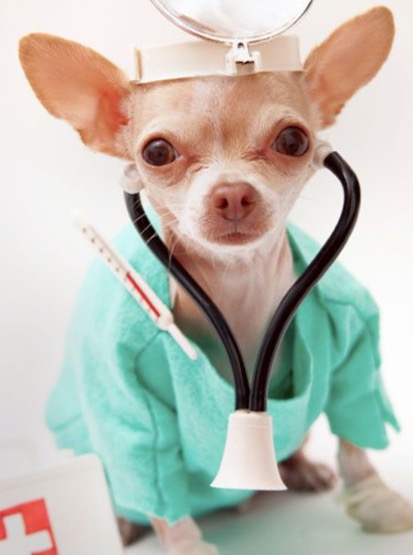 Call a doctor, if you can find one. They’ve become Washington’s latest scapegoat, as vote-seeking politicians on the campaign trail fume over rising healthcare costs. Competition for votes has reached such a fevered pitch that Ms. Clinton now favors a government option to compete with HMOs, while The Donald promises to cut Americans’ prescription costs by $300 billion (which is more than the entire country actually spends). We can chuckle about how politicians never let the facts get in the way of a good story, but their impact on health care is no laughing matter. Over the past year, large cap pharmaceuticals have fallen 35%, compared to a gain of about 2% for the S&P 500. Biotech and Hospitals have fared even worse.

No Health in Healthcare

Loses of this magnitude turn even sanguine investors into high risk patients. Nearly every group within the health care sector has suffered –the one exception being medical devices, where the tax increase meant to fund the Affordable Care Act has been postponed for 2 years. The question for investors is whether the group offers value, either because we can quantify the potential policy risks to operating margins or because we can identify catalysts to future growth.

For starters, history implies a far more positive prognosis for health care investors post election. Credit Suisse analyzed stock performance of health care companies during election years since 1984 and found they tend to languish ahead of elections, then rebound once the veil of uncertainty is lifted. Writes analyst Scott Fidel, “P/E multiples for MCOs and EV/EBITDA multiples for hospitals tend to trade at discounts to 5-year averages leading into election day… and political uncertainty is intensified this year.” This intensity is due both to the closeness of the race and healthcare’s 17.8% share of U.S. GDP. It has become the ultimate political lightning rod.

Looking at what they candidates are saying (which may bear little if any resemblance to what they will ultimately be able to accomplish if elected), you can understand why health care has underperformed by so much more than the historical perspective offered by Credit Suisse. Candidates on both sides are saying whatever they need to say to attract the highest number of potential voters. Recent polls suggest dead heats in Florida, Iowa, Ohio and Pennsylvania. In addition, 34 senate seats and all 435 house seats are in contention, with no clear patterns yet emerging. You’d better believe they’re going after health care.

“The present system is unsustainable. The only question is whether we will master the change or it will master us. I am offering a specificic agenda which will get us to universal health care coverage. That’s what I will do as President.” 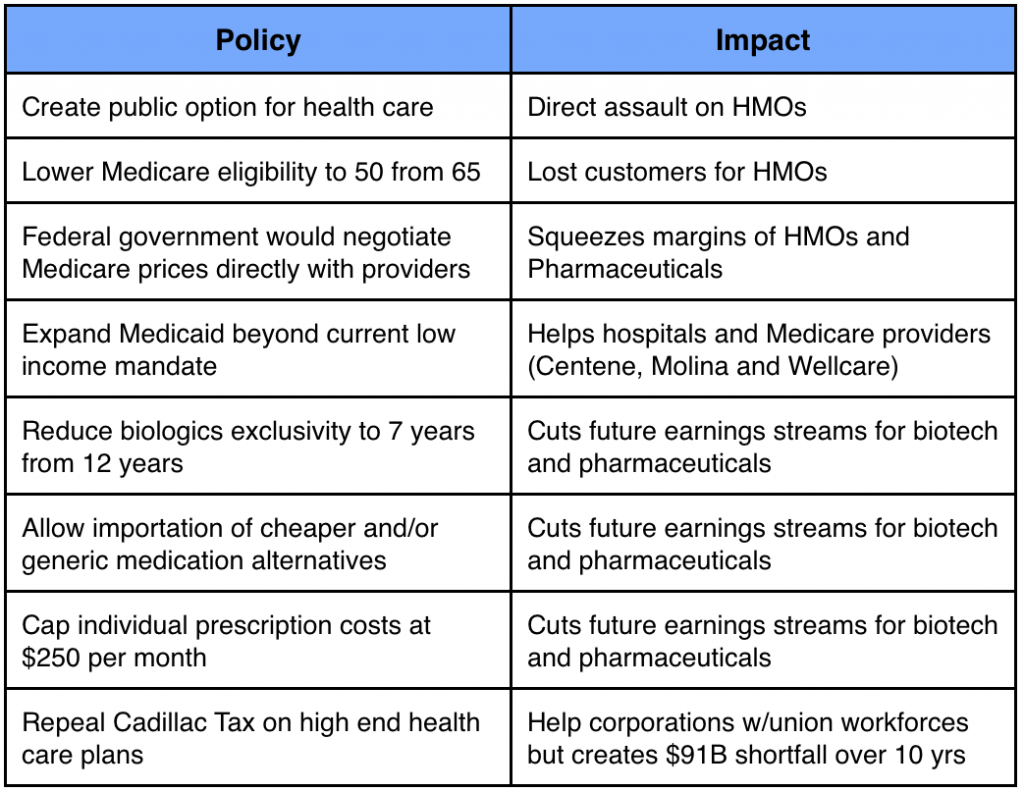 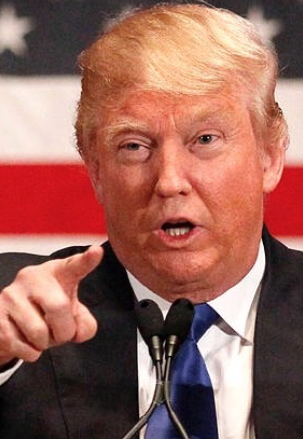 “Since March of 2010, the American people have had to suffer under the incredible economic burden of the Affordable Care Act–Obamacare. We’re going to repeal and replace this horror, and it is a horror.”

This Sounds Bad… Why Invest in Health Care Now?

1. Because it’s cheap and oversold.
2. Because sentiment is at multi-year lows.
3. Because underlying growth is strong.
4. Because dividend income is attractive.
5. Because the bark is louder than the bite.

In spite of the rhetoric, the demand side of the health care equation looks quite robust. The Obama Administration last week week released a study published in the Journal of Health Affairs http://healthaffairs.org/blog/2016/07/13/health-expenditure-projections-when-does-new-become-normal/ The authors make clear total dollar volume flowing into health care already dwarfs flows into every other sector and gross expenditures are increasing. Health care is a monetary tidal wave. Away from the noise, I favor focusing on the facts:

• U.S. health spending in 2016 will exceed $10k per person for the first time
• Total health care expenditures equate to 17.8% of GDP, and will rise to 20% for 2025
• Health care spending will outpace GDP over the next decade by 1.3%
• 3 million baby boomers will reach retirement every year for the next 25 years
• Life expectancy has risen to a record 78.8 years per the Center for Disease Control (CDC)
• Boomers will require 1.6M new care providers by 2020 per the National Council on Aging (NCOA)

So What do We Buy?

Investors have three choices: Broad-based exchange traded funds (ETFs) which provide overall exposure like Vanguard Health Care fund (VHT); sub-sector ETFs which focus on specific verticals within health care; individual Best-in-Breed stocks. As we can see from the data, some groups like Medical Devices and Services have fared better over the past year than others, namely Pharma and Biotech. Note, hospitals do not have their own ETF. They are included within Services.

The call here is macro: Political rancor ahead of elections has cast a pall on the group. Once elections end, campaign promises will recede and the slow-moving process of governing will recommence. This shift will provide cover for the group, and presumably lay the groundwork for a broad-based relief rally. As a result, I would opt for ETFs, most notably a combination of biotech (XBI) and pharma (XPH) since they are down the most.

I also recognize some of you prefer single stocks. So I am including a short list of highest-rated health care stocks chosen from among biotech, HMOs/MCOs, hospitals, pharma, life sciences, medical devices, and services. All are members of either the S&P 500 or 400 Indicies. Small caps were excluded. Criteria is straightforward:

• Potential 12-month upside of at least 25% to consensus target
• Mean analyst rating of at least 4.5 on a 5.0 scale
• No sell recommendations

Option investors may also want to consider selling premium as another means of effectively building a long position in depressed underlying securities, especially where implied volatility is above normal.