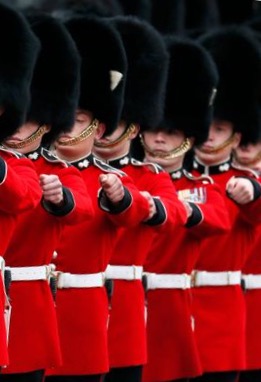 Analysts and policy makers are doing their best to convince us the end is nigh for London’s vaunted property market. So sorry to disappoint them. In spite of dire forecasts this week from both the IMF and ECB raising odds of U.K. recession to 40%, international capital looking for opportunity has already sailed up the Thames. Seasoned investors recognize London rarely goes on sale, and early indications suggest discounts on trophy properties are too attractive to pass up. Arguably, separating itself from the E.U. may have established the U.K. as Switzerland 2.0 and pros want in.

The seven publicly traded U.K. property funds controlling £18 billion in assets have had quite a month. Immediately after the Brexit vote, retail investors in the U.K. created a stampede of withdrawals that forced trading suspensions,

NAV write-downs of 20-25% and immediate negotiations to begin liquidating assets in order to satisfy redemptions. Analysts piled-on and share prices plunged. In less than a week, several stocks got cut in half. Then something funny happened: Institutional buyers showed up. As retail holders clamored for cash, pros opened their checkbooks. 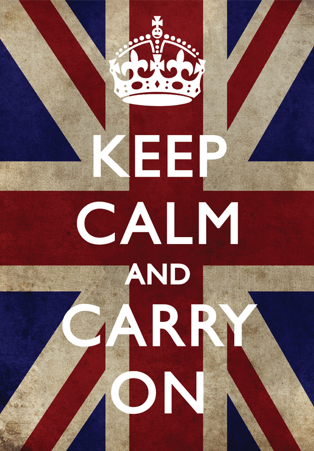 to Debenhams for £400M, which equates to a cap rate of just 2.75%. That’s more expensive than the record 3-5% cap rates being paid in Manhattan. It’s also a significant premium to the 7% rate paid for the same property in 2008.

Similarly, Aberdeen Asset Management PLC (ADN LN) is offering an office building at 10 Hammersmith Grove housing FOX International and initial bids are reportedly just 50 basis points off pre-Brexit indications. While Aberdeen did sell one property to Noway’s Norges Bank at a 15% discount for £124M, real estate executives quoted by the FT say this is the only fire sale thus far. Per Aberdeen U.K. Fund Head Gerry Furgeson, “A limited number of properties are being marketed, following a period of higher than normal redemptions after the EU referendum.”

Why Insiders are Bullish

Demand for commercial property in London is extremely strong. The vacancy rate is just 2.6%, its lowest ever and well below the 4.3% long-term average. Tenants have rented a total of 14.7M sq. ft. in the 12 months ended March 31 according to Bloomberg, well above the 10-year average of 12.9M. As a result, rents for prime office space have risen 7.7% YoY. In dollar terms, the average rent is now $1,271 compared to $877 in Manhattan. Even adjusting for the Pound’s decline, a prime office in London costs 31% more than a comparable space in Manhattan. True, 51 projects under construction will add 14.2M sq ft of supply, but that will be absorbed in one year if demand continues at the same pace as the past 12 months –and as noted, London is virtually sold out.

Pensioners and retail investors seem not to have noticed. They desperately want their money back. So Aberdeen has twice marked down the Net Asset Value (NAV) of its lead fund since Brexit, bringing the total discount to over 20%. Aberdeen is effectively telling investors they can get out, but it won’t be pretty. More importantly, the 20% discount offered to fund investors exceeds the 15% discount paid by property buyer on the “one” distressed sale noted in the FT. In other words, Aberdeen is still making a 5% spread even on its worst transaction. That’s what we call arbitrage. Fear on one side, knowledge on the other.

The tension between nervous retail holders and value-minded investors is evident in the way the seven parent companies of halted property funds have traded since the Brexit vote June 23. Initial plunges of 20-30% have given given way to a steady rebound. At this point, they are down about 15% on average. In the case of Aberdeen, whose asset management business is diversified well beyond real estate, shares are actually 6% higher. #WhatDistress?

There are some clear messages here. The obvious one is Don’t Panic. Another is Follow the Pros Not the Herd. The most important is Consider the Data. In addition to the specifics on the London property market, thoughtful investors recognize the U.K. economy is significantly stronger than continental neighbors. The U.K. has stronger growth, more people working, and less debt. As politicians like Boris Johnson made clear for months ahead of the vote, there may well be a legitimate argument in favor of the U.K. as a safe haven play from Pan-European malaise.

There are four liquid, commercial real estate equities on the London Stock Exchange. This is the best way for Americans to gain exposure to the thesis that public CRE vehicles in the U.K. are oversold and should be purchased.

Note: I called the U.S. office of Aberdeen to inquire about purchasing its lead U.K. Property Fund. It’s not that easy for Americans. Only off-shore entities can acquire shares, which means the average U.S. investor cannot participate. Keep it simple and consider only the four equities below.