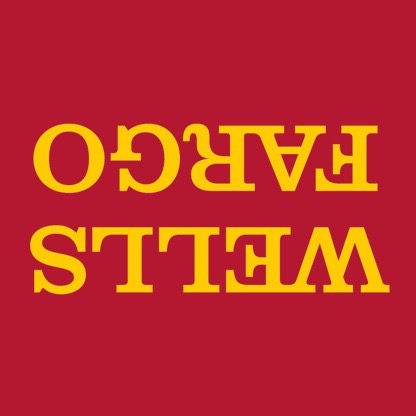 Wells Fargo & Company (WFC) was founded in 1851 to speed capital, information and people from New York to California by the fastest means possible. Ten years later the bank operated the first electronic money transfer service, and by 1918 its network of 10,000 offices served customers nationally. During the financial crisis, Wells Fargo generated profit for shareholders every single quarter. It was the only large cap bank whose executives testified before Congress they neither wanted TARP money nor needed it. Wells Fargo is the single strongest banking franchise in the U.S. and concern over what amounts to a charge of less than 1% against earnings has created a rare opportunity to buy this stellar company at a significant discount. Defrauding customers is unconscionable, but the bank has taken strong corrective measures. It is also highly capitalized, growing and cheap. BUY WELLS FARGO NOW.

Throughout the financial crisis I had the distinct pleasure of interviewing Wells Fargo CFO Tim Sloan, as anchor of Bloomberg’s daily 3-5pm program Street Smart. Every quarter I’d try to find something that looked off, and he’d calmly explain why it wasn’t a big deal. We’d spar good-naturedly. He knew I had a job to do, and I knew he was particularly good at his. While Citigroup Inc. (C) booked significant quarterly write-downs and Bank of America (BAC) struggled with legacy losses from to Countrywide Financial, Wells made money.

Tim is now President/COO and I write Bullseye, so talking earnings every 90 days is no longer part our modus operandi. That said, I’ve gotten to know his company pretty well over the years, and I have some thoughts of my own, especially as I look at the stock down about 10% versus the S&P 500 since June 30. For starters, the impact on results is immaterial:

The issue with Wells Fargo is perception, especially since grilling executives twice in two weeks provides Congressmen seeking re-election ample opportunity to grandstand in front of the cameras… Bloomberg Television took it LIVE for several hours. Perception has caused this stock to sell off, not the nominal $185 million penalty or resulting $0.04 charge to earnings. Again these amounts are immaterial to an institution of Wells Fargo’s size.

Wells Fargo underwrites roughly one-quarter of all mortgages in the U.S. Its unprecedented scale as the largest domestic lender will generate $20.4B of net income this year, based on consensus estimates. Only 40% of this amount is distributed as a dividend (currently 3.41%) and Tier 1 Capital of 12.81% is second only to J.P. Morgan among the mega-cap banks. Wells Fargo is exceptionally well-capitalized, and any concern about a possible snow-balling over loan falsification and its potential threat to liquidity are unfounded. Institutional Investor’s top-ranked banking analyst Betsy Graseck of Morgan Stanley upgraded Wells Fargo this week, writing clients:

Wells Fargo is rarely this inexpensive and this is an opportunity. We are upgrading to overweight. Recent underperformance drives Wells‘ yield to 3.4%, the highest in the group. The current multiple of 10.7x 2017 earnings provides best value among peers and offers an attractive entry point for this best-in-class dividend yield. Wells should begin to find a bottom, and we see a 3:1 Bull Bear skew.

We all recognize assets are generally cheap for a reason… the house abuts train tracks, or the company’s patents expire next year. However, in the case of Wells Fargo we have an exceptionally strong franchise trading at a significant discount due to headlines fanned by a political spectacle 40 days ahead of highly contested elections. Having been in the media, I am certain the camera will find a new pariah in short order. Meanwhile, investors should focus on the facts, figures and value at hand: Wells Fargo’s stock trades at a 2-year low, while Price to Earnings and Price to Book have fallen to 3-year lows. Wells is also now cheap versus peers. Ms. Graysek’s charts speak volumes. 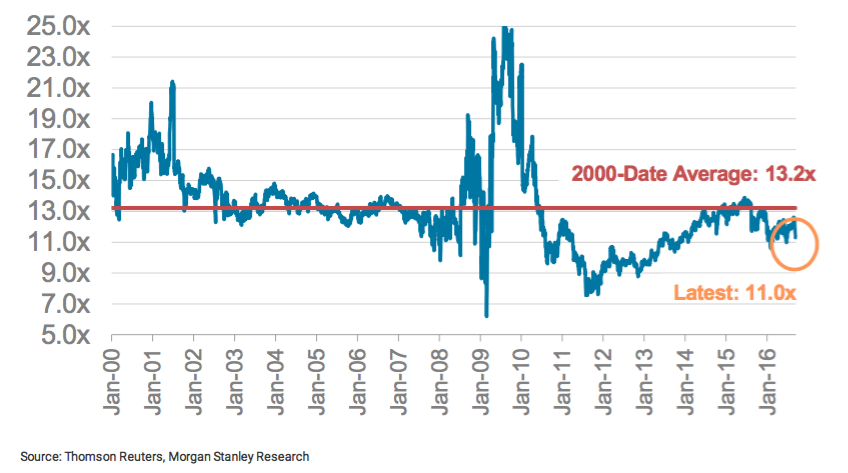 Let’s not overthink this. Wells Fargo is the single largest bank in the U.S. by assets. It originates one quarter of all mortgages in this country and it is exceptionally well-capitalized. The stock trades at multi-year lows. Valuation is historically cheap by several measures. Current P/E is well below the average since 2000, and Wells trades roughly even with peers currently. It usually trades at a premium. In addition, the current Price to Book of 1.17x is below the long-term average of 1.62x (per Bloomberg data). As Betsy told Morgan customers, you rarely see a bank of this caliber trade at a discount –especially Wells Fargo.

How Cheap Is Cheap?
Wells Fargo P/E vs Peers 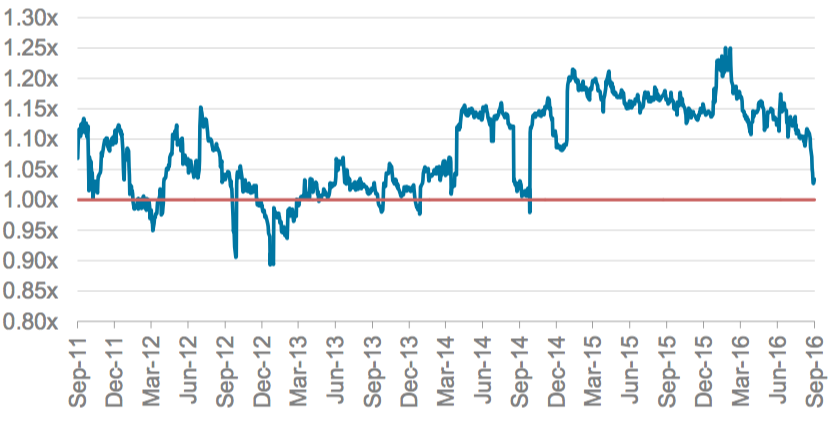 Wells Fargo currently pays a $0.38 quarterly dividend and yields 3.4%. There is no danger of a dividend cut. The bank has more than enough capital to withstand any added restrictions or additional fees/penalties. Morgan Stanley and others have written publicly they believe regulators will not impose further charges. In an effort to move forward, the bank has already taken corrective measures of its own, firing 5,200 employees and announcing upper management will forgo bonuses this year. Additionally, all affected customers have been credited the full $25 cost they incurred. ATMs offer an apology on the home screen to all users. In an ugly situation, Wells Fargo is doing the right things.

Critically for investors, Wells Fargo has stopped falling on bad news… Stumpf’s second day on The Hill was a circus, Illinois and Connecticut may join California in suspending municipal underwriting with W

ells for a year. When stocks stop falling on bad news, sentiment has turned and buyers are committing capital. This is the clear sign of a bottomming process and Wells Fargo will not stay cheap for long.