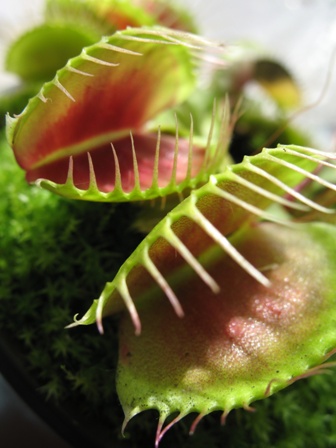 New York s skyline has become a tangled jungle of 50-story cranes swinging girders of steel and buckets of concrete. Forty new buildings will hit the market in the next few weeks, and appraiser Miller Samuel forecasts five years of excess supply by 2017. Travel to Houston and you ll see the same thing… ditto Charlotte, Portland, San Francisco, DC. Low rates have turned the American Dream into an American Tragedy as U.S. construction spending rises to within 1% of the record $1.15T high in 2005. Like the venus fly trap you couldn’t wait to watch in sixth grade biology, the approach is beguiling, the views spectacular, and unsuspecting tenants get a nasty surprise.

The exceptional volume of new projects poised to swamp markets nationally stems from a combination of low financing rates, low returns on financial instruments and an influx of non-U.S. investors looking to park large blocks of capital in hard assets. Builders have been eager to build, and investors have been eager to invest. Real Estate Investment Trusts (REITs) have become their mutual vehicle of choice, as investors have plowed a record $7.1B into real estate related funds this year, more than twice any other sector. Anyone investing in REITs today should recognize oversupply is just the tip of the iceberg. REITs will face several structural headwinds in coming months.

An amazing $40 billion worth of construction projects were initiated across the five boroughs in 2015. More new office space is being built than at any other point in the past quarter of a century. Spending on residential construction is at an all- time high and is likely to produce more than 90,000 new units between 2015 and 2017. New hotel rooms have been added at a blistering pace. 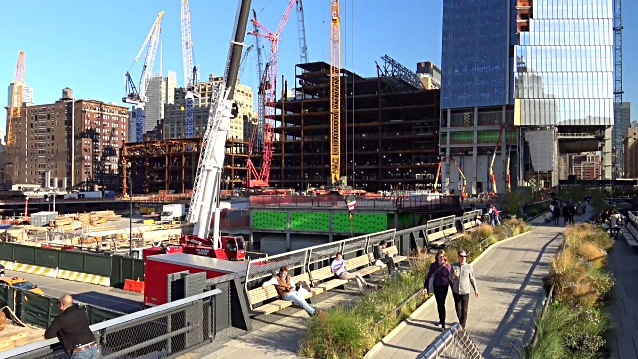 Burgeoning supply has cut investment in future NY Metro area projects by 9% this year, according to Real Capital Analytics (RCA). And it s not just the Big Apple. Nationally, RCA s 2Q overview shows gross investment in new commercial properties has fallen 16%. RCA cites declines of 49% in Houston, 29% in Atlanta, 24% in San Francisco and 21% in Chicago. Demand can only absorb so many new properties, and developers are beginning to realize they may face oversupply in coming months. 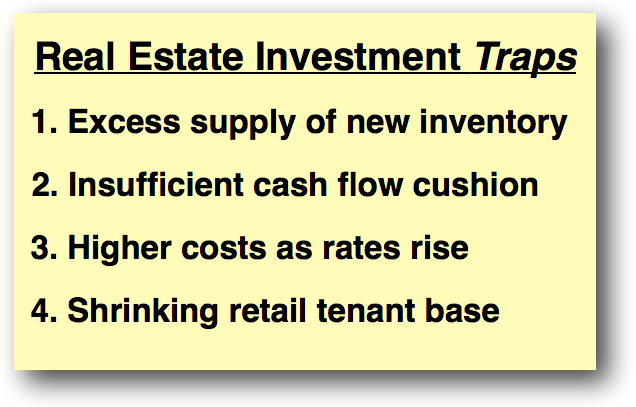 In addition to the simple math of more properties coming to market without more tenants to buy/rent/lease them, loan documents analyzed by RCA on thousands of projects nationally indicate developers have financed at historically low cap rates of 3-4% (property net income divided by purchase price). This means they have to own/operate these properties at 100% occupancy for 25-30 years just to recoup their initial investment. Like LBOs of the 80s which buckled under their own weight, there’s little room for error, since the vast majority of tenant cash flow goes to paying down debt. Good luck if your building has a leaking roof, needs an HVAC repair, faces unexpected tax increases, higher insurance premiums, or struggling tenants who can’t make rent. These are all real world problems and they happen with stunning regularity. If you’ve ever bought a big house and levered it to the max, you ll recognize this is not a prudent business model, especially with so much inventory coming to market. 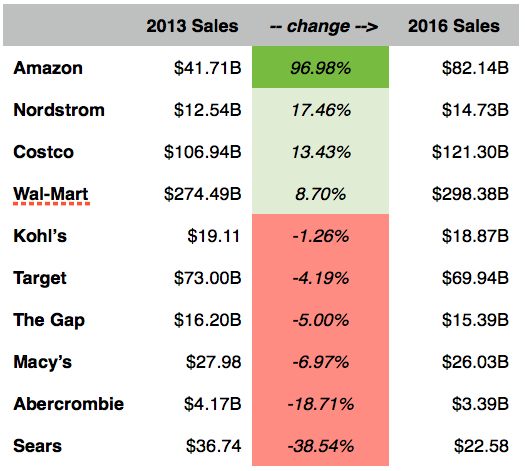 September 20 Fed Chair Yellen told us The Committee judges that the case for an increase in the federal funds rate has strengthened and traders now put odds of a December rate hike at 55%. This is not good for REITs. Company filings show REITs fund themselves with combination of fixed and floating rate debt, and floating rate adjustments will raise overall borrowing costs. Meanwhile, a combination of sluggish economic growth and increasing supply will likely cap REITs’ ability to raise rents and/or lease prices. The resulting margin squeeze sets the stage for a potential cash flow crunch which, at best lowers effective earnings, and at worst threatens REIT dividend payouts. Bottom Line: The looming prospect of rising rates in a weak economy is bad for REITS, and rates are about to rise for several years.

Total e-commerce volume in the U.S. has risen 4.5% in the past year and now accounts for 8.1% of U.S. retail sales according to the Census Bureau. By contrast, total sales per square foot at mall operator Simon Property Group Inc. (SPG) fell 2.3%. SPG is the largest mall operator in the country, and the pivot by consumers away from brick-and-mortar stores represents a very direct threat to mall operators. It’s one of the reasons why Sears/K-Mart, Macy s and Target have announced over 200 store closures this year. Fellow mall REIT operator General Growth Properties (GGP) has seen revenue decline 7%, while top line growth at SGP has slowed from 8% to 3% this year. Occupancy rates have slipped 150 basis points at each as stores close and shoppers go online. Amazon’s U.S. retail sales have doubled in three years to $82.14B. 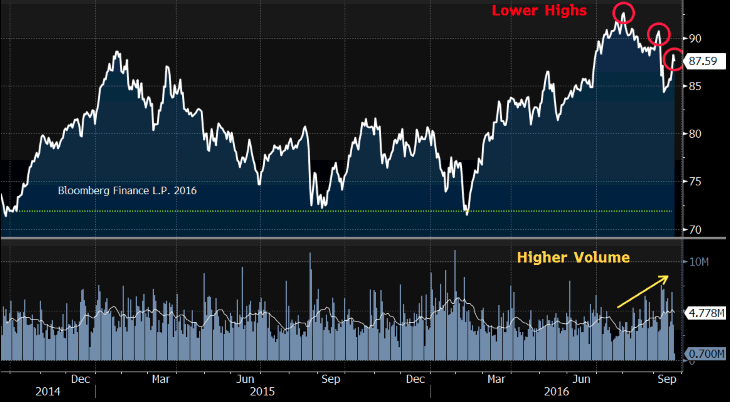 The easiest way to express a negative view on REITS is to short the Vanguard REIT exchange traded fund (VNQ). It holds 150 REITs and the average P/E is 34.8x, double the valuation of the S&P 500 Index. The chart is a beauty. VNQ sports successively lower highs on rising volume, which implies accelerating selling pressure as price falls.