Bullseye Portfolio
Open Positions as of 07/13/18 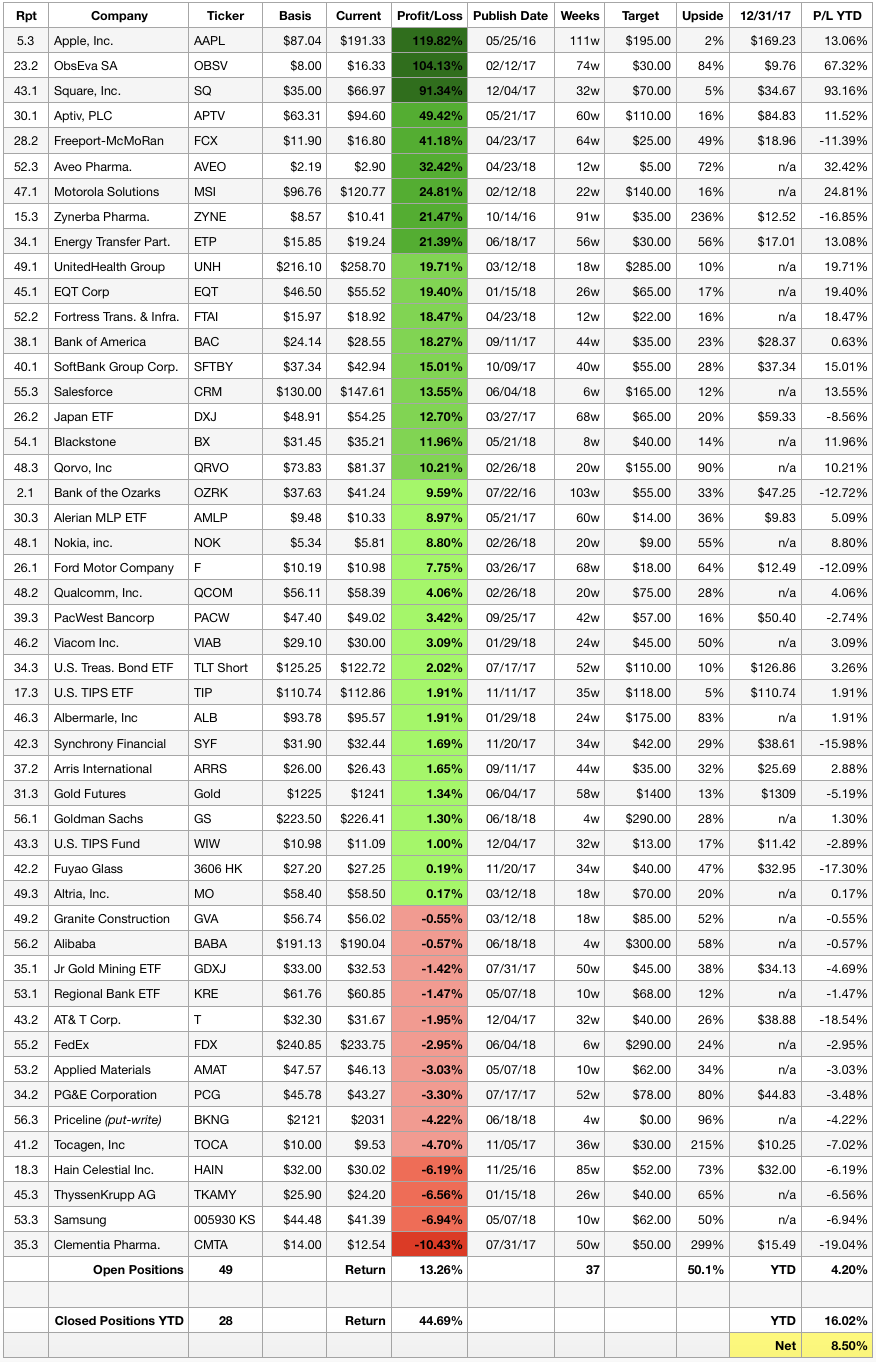 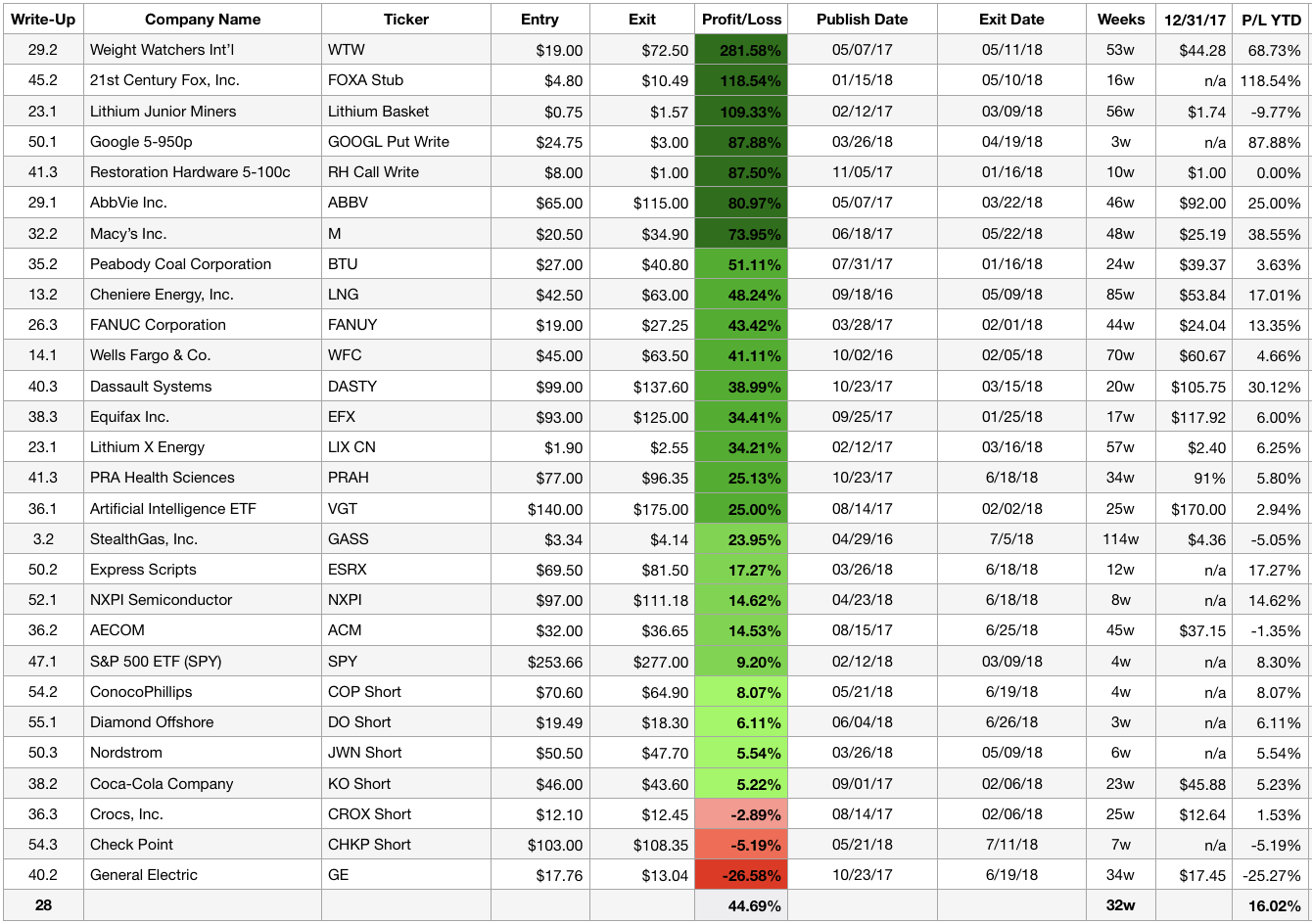 Checkpoint Software (CHKP) – COVERED at -5.19% – Shares closed above my $108 stop so I covered my short. This company is so poorly positioned… three quarters of its business is still centered around installed systems, rather than cloud deployments and sales are only tracking up 1%… but shares have rallied 15% in two weeks. Sometimes I’ll stay long through a stop, but rarely will I ride a short. Shorts can run and keep running.

NXP Semiconductors (NXPI) – SOLD at +14.62% – This position was become too unpredictable given trade contentiousness so I have booked my gain… not as much as I expected but a gain nonetheless. The stock closed Friday $107.50. If Chinese regulators approve the proposed merger with Qualcomm, the transaction will close very quickly at $127.50. If they do not, or if the two companies terminate the deal as they have said they will do absent a decision by July 25, NXP will fall precipitously. As a standalone company, NXP is probably worth $120, but it could easily fall into the $70s if the deal implodes and current merger arbitrage holders dump their shares. At that point I’ll go back in as a buyer. If you still want to play for a merger, the August 120 calls trade around $2.75, which would be worth $4.75 if the deal closes ((127.50 – (120 + 2.75)).  One final point, the U.S. Commerce Department finalized its arrangement with Chinese telecom equipment provider ZTE, allowing it to resume U.S. sales. The implicit understanding had always been “give us ZTE and we’ll give you NXPI/QCOM” but the goal posts have apparently moved. Like I said, the outcome has become too difficult to predict.